With about 20,000 attendees, Slush is Europe's largest start-up event. It's a three day conference full of talks by technology industry leaders and young start-ups showing off their products. Slush is also the muddy substance you get when snow is partly melted, a common sight in Helsinki in December. For a technology & business student, this is the event of the year. I became a volunteer in the 'sustainability team' (we showed people how to sort waste!). Outside my shifts I got the opportunity to wander along the booths & podia. Here are some cool things I saw & experienced.

CTRL-labs is a startup that is making neural interfaces, say, a device that will enable mind control. Their vision is to make the human output more efficient. While we are very good at processing incoming information with our brain, we can only do so much with our hand and speeds. They want to allow our brain to do more. That's a fancy way of saying that they want to make Marvel's mad scientist visions a reality.

How did they do it? They started by creating an armband that can intercept the neural signals our brain is sending to command our hands. Next, they learned to interprete the meaning of those signals with machine learning. Want to move your middle finger? It's enough to intend to do this movement, the signals will already get sent and interpreted. This makes it possible to control a virtual hand without even moving your hand. Or even cooler, to create an imaginary sixth finger and do something with it. It works, as long as you believe it hard enough (check the end of the demo).

They sure made an impression since they got acquired by Facebook in September 2019. It doesn't need much explanation: a waste bin that automatically sorts waste. Internally it uses a camera and some AI magic to detect what goes where. The machine reaches an accuracy of about 80%, which is arguably more efficient than what uninformed humans can achieve. We saw it demonstrated at the event.

The Center for Humane technology is a non-profit that warns about the adverse effects current technology have on our personal lives and society, and finds way to combat it on different levels. It teaches designers to make products that respect human limits, for example, by preventing addiction or time drains. Aza Raskin is the co-founder, and in this talk he explains the attention economy of social media applications, he demonstrates that humans are "hackable" in the sense that they can be influenced to do things that they do not want to do.

Why is it that we spend so much time on Instgram, more than we actually want to? Aza explains:

I encourage you to check out the full talk above!

Mind of my Own (MOMO) is a UK based app developer making apps for child care services and children. They offer easy ways for kids to express their thoughts in a digital format, without too much (intimidating) human contact.. Cool is that the child is in control over who they want to share their thoughts with. Only parents? Or a social worker too?

It reminded me of the start-up Soul Center where I was an intern last year. We helped elderly people toget their life story to carehome personnel and other stakeholders. Rolls Royce autonomous ships 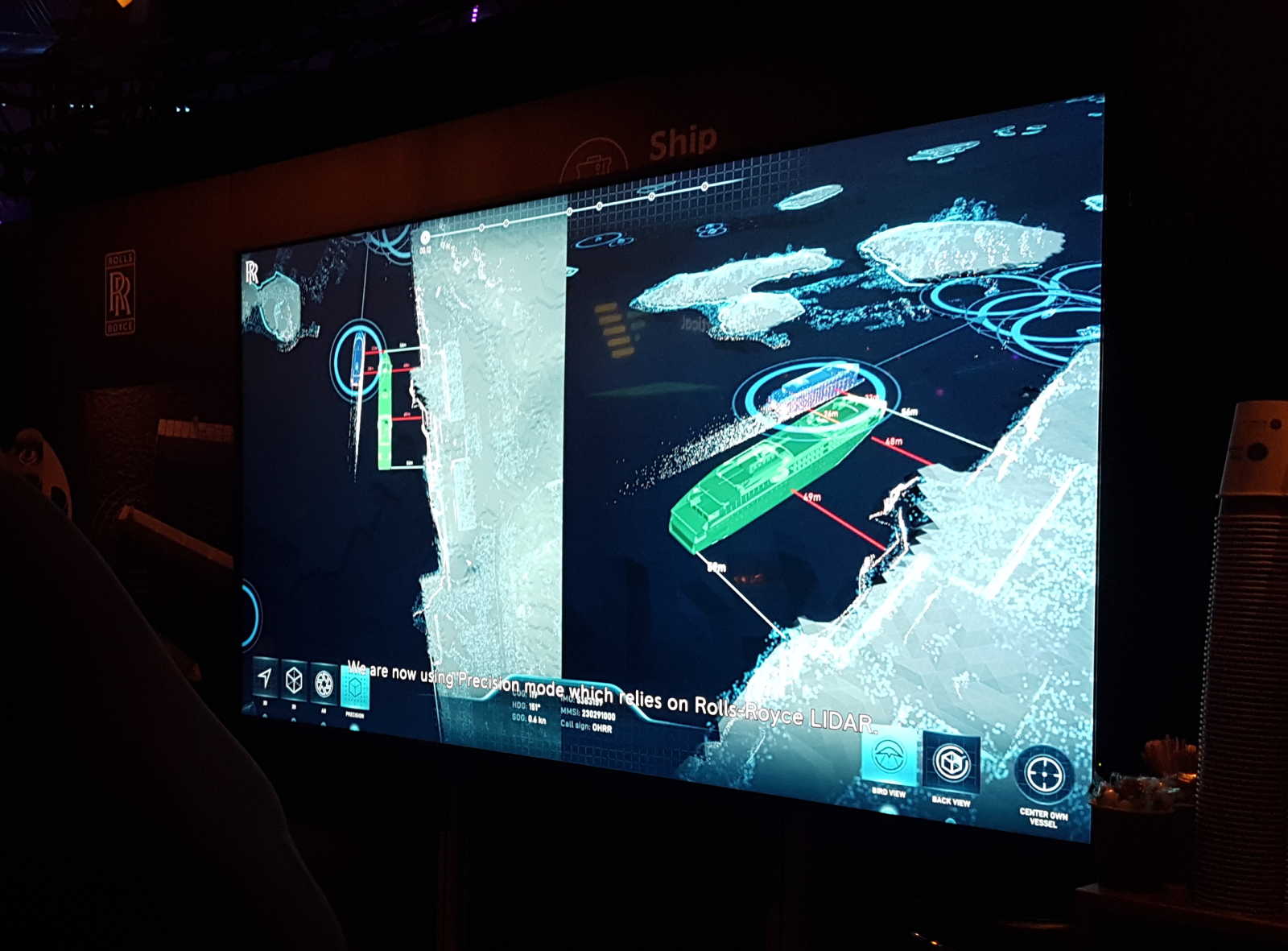 With lasers the distance to objects can be accurately measured. And it detects the movement of other boats or objects with cameras and other devices. For objects that don't emit GPS signals, their course can also be predicted too. Useful for evading the odd blue whale or lumbering icebergs.

On Slush they demonstrated a test drive that was done at sea around Helsinki. They aim to have a fully autonomous ship in the oceans by 2035.

Futures Platform is a Finnish software-as-a-service that helps other businesses to predict the future. It's not as complicated as it seems: they continuously study literature on emerging technologies and societal trends, and they combine their findings in a visualisation that shows how likely things are going to happen and how far away they are. You can see in a glance what's coming at us: global warming, flying cars and neural interfaces? It will all be in there. It would be perfect tool for a student to find the next topic of a technology report, but unfortunately it is not targeted at students with its steep pricing plans.