It's striking how some insights from school can slip into daily life when you least expect them to. Today my sister showed off a Brother LW-20, an electronic typerwriter. She had rescued it from our grandparents who wanted to discard it. It's a nice example of how a new technology (the computer) substitutes an old one (the typewriter), something I learned about recently. 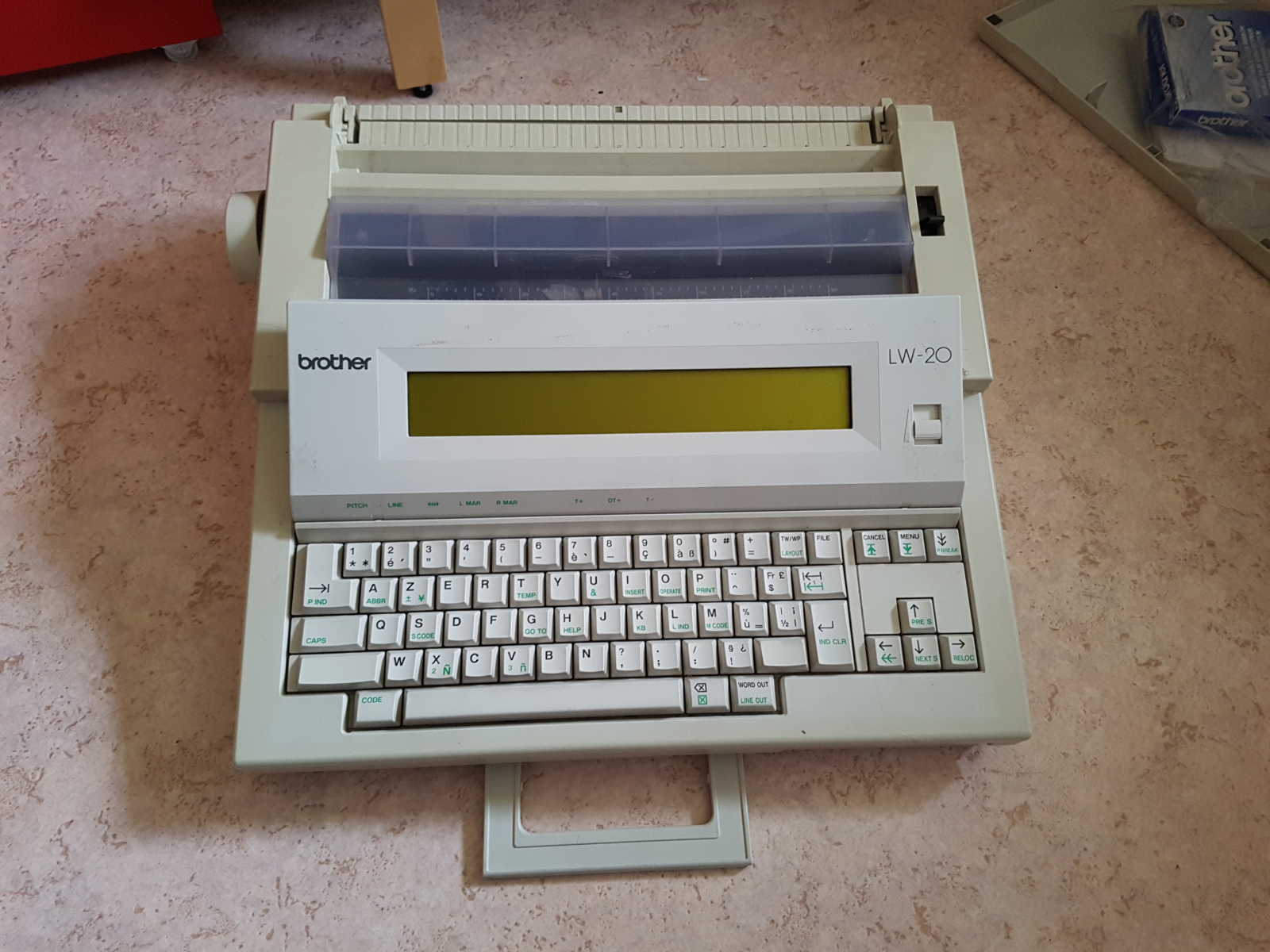 When hearing "typewriter", I would think about the mechanical type with pounding metal letter sticks. Yet, this particular model was on the market somewhere in the 90's: a period were computers were growing fast. A computer had more possibilities concerning word processing than typewriters, Microsoft Word was already available in the 80's.

And that's where the insight striked: according to a paper of Adner & Kapoor (2015), old technologies can still survive for some time while better technologies are available, given that there is an extension opportunity for the old technology. More specifically, some innovations for the new technology can be "spilled back" to the old one.

This seems to be the case for the Brother: a German Wikipedia article tells us it was marketed as an affordable, dedicated word processor. It had some "modern" features like a screen to edit text on and compatibility with floppy storage for documents: features that got spilled over from computers.

It's the closest thing to a computer my grandparents have ever owned, and at the same time, it represented the last gasp of the typewriter.