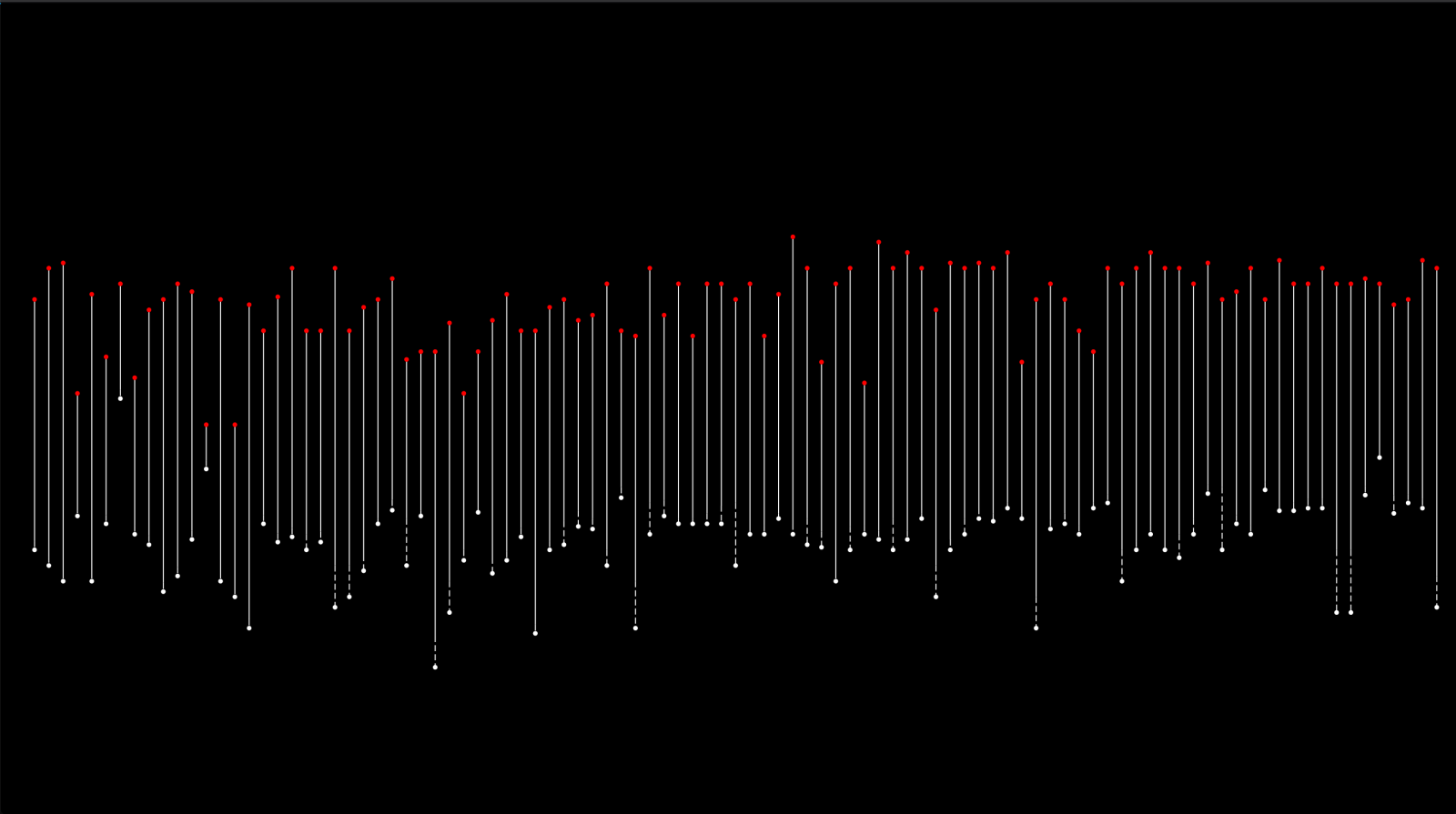 Last week I spent some hours on visualizing my sleep pattern. It is based on 99 days of manually tracked data (yes!). This is a first part of a much larger data tracking project in progress. See a rendered full screen version here.

Stylistically I used a minimalistic color scheme that could've come straight from Hundred Rabbits1. Obviously, this visualization still misses a legend or visual cues to give meaning to the elements. But maybe the air of mystery around my actual sleep/wake times is not too bad ;)

Technically I had fun implementing a parser that could understand my ambiguous notes on sleep & wake times. I used an Airtable2 spreadsheet with a row for every day and columns for sleep and wake times. The format is not consistent though. I could write "2:15" to mean a bed time at 2:15 AM the next day, or "11" to mean 11 PM that same day. Moment.js was helpful. For the visualization itself I used the JS vector interface library paper.js just to try it out. It's great for what it does - more advanced than the p5.js library I had used before. But I might still replace it it with D3.js as the latter offers more tools for working with data dynamically, as I used in a similar project for visualizing the movies I've seen.

You might already be able to spot that starting a 9 to 5 job had an effect on my sleep stability the last weeks. To be continued!